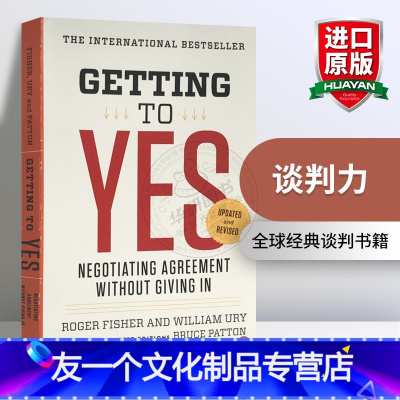 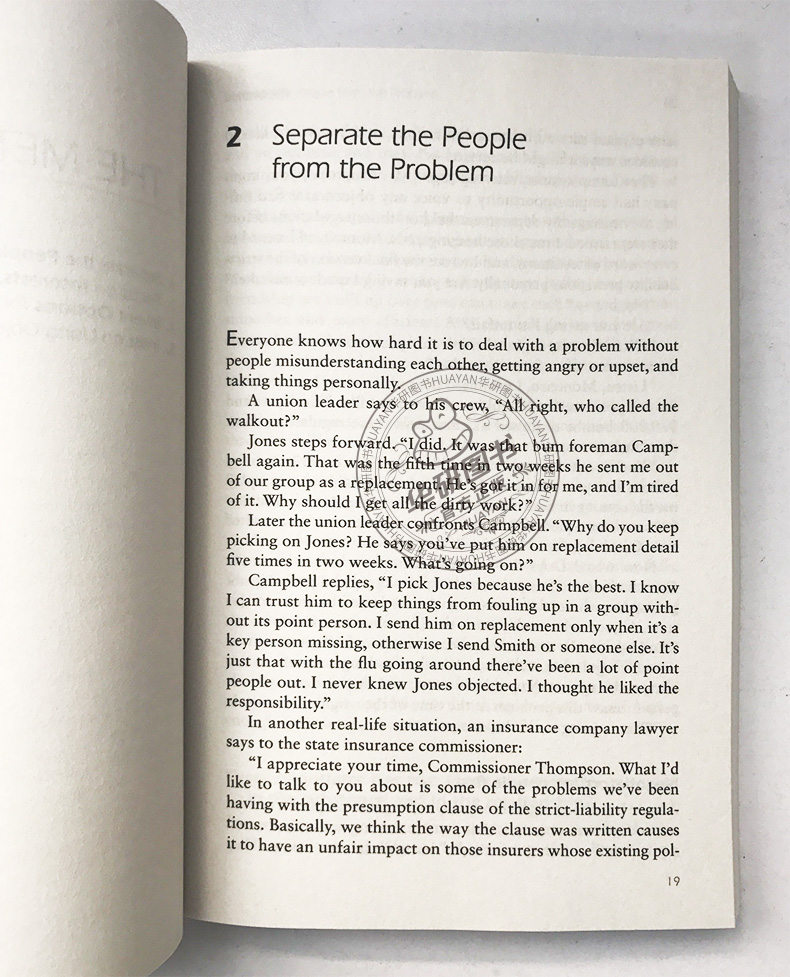 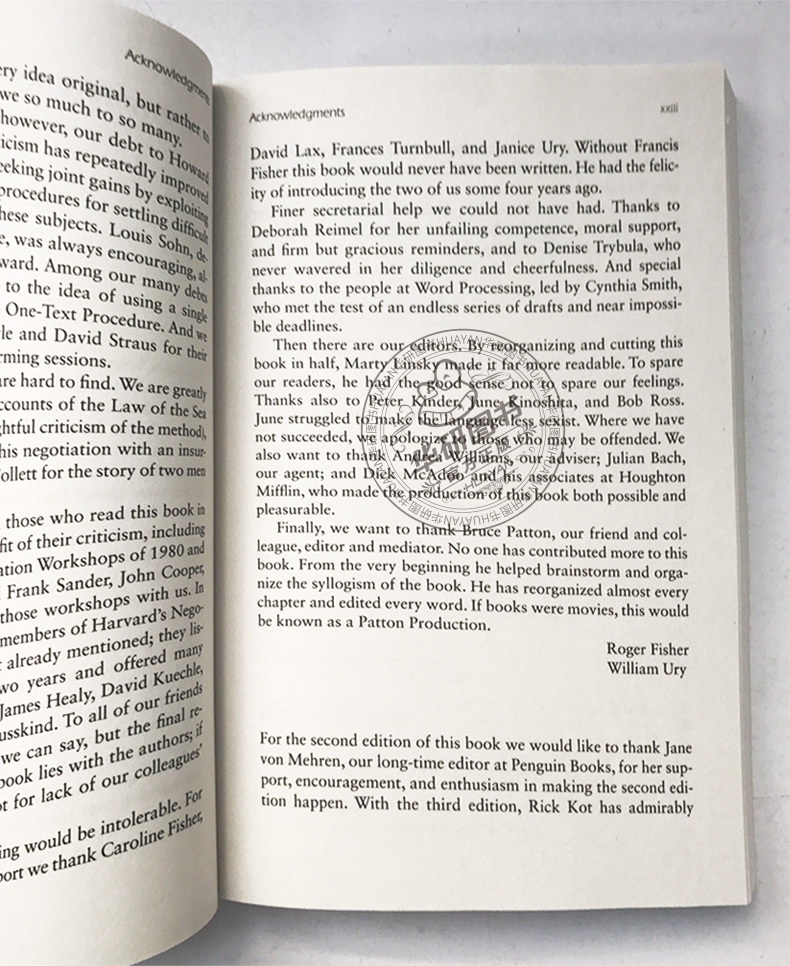 The key text on problem-solving negotiation-updated and revised
Getting to Yes has helped millions of people learn a better way to negotiate. One of the primary business texts of the modern era, it is based on the work of the Harvard Negotiation Project, a group that deals with all levels of negotiation and conflict resolution.
Getting to Yes offers a proven, step-by-step strategy for coming to mutually acceptable agreements in every sort of conflict. Thoroughly updated and revised, it offers readers a straight- forward, universally applicable method for negotiating personal and professional disputes without getting angry-or getting taken.
Review
“This is by far the best thing I’ve ever read about negotiation.”  — John Kenneth Galbraith

“The authors have packed a lot of commonsensical observation and advice into a concise, clearly written little book.”  —Businessweek

“Getting to Yes has an unrivaled place in the literature of dispute resolution. No other book in the field comes close to its impact on the way practitioners, teachers, researchers, and the public approach negotiation.”  — National Institute for Dispute Resolution Forum

“Getting to Yes is a highly readable and practical primer on the fundamentals of negotiation. All of us, as negotiators dealing with personal, community, and business problems need to improve our skills in conflict resolution and agreement making. This concise volume is the best place to begin.”  — John T. Dunlop

One of the key business texts of the modern era. Getting to Yes has helped millions of people learn a better way to negotiate. Based on the work of the Harvard Negotiation Project,a group that deals with all levels of negotiation and conflict resolution. It offers readers a straightforward, universally applicable method for reaching mutually satisfying agreements—at home, in business, and with people in any situation. ReadGetting to Yes to learn step by step, how to:
Disentangle the people from the problem
Focus on interests, not positions
Work together to find creative and fair options
Negotiate successfully with anybody at any level

William Ury cofounded the Harvard Negotiation Project and is the award-winning author of several books on negotiation.

Chapter 4: Invent Options for Mutual Gain
The case of Israel and Egypt negotiating over who should keep how much of the Sinai Peninsula illustrates both a major problem in negotiation and a key opportunity.
The pie that leaves both parties satisfied. Often you are negotiating along a single dimension, such as the amount of territory, the price of a car, the length of a lease on an apartment, or the size of a commission on a sale. At other times you face what appears to be an either/or choice that is either markedly favorable to you or to the other side. In a divorce settlement, who gets the house? Who gets custody of the children? You may see the choice as one between winning and losing- and neither side will agree to lose. Even if you do win and get the car for $12,000, the lease for five years, or the house and kids, you have a sinking feeling that they will not let you forget it. Whatever the situation, your choices seem limited.
option like a demilitarized Sinai can often make the difference between deadlock and agreement. One lawyer we know attributes his success directly to his ability to invent solutions advantageous to both his client and the other side. He expands the pie before dividing it. Skill at inventing options is one of the most useful assets a negotiator can have.
Yet all too often negotiators end up like the proverbial children who quarreled over an orange. After they finally agreed to divide the orange in half, the first child took one half, ate the fruit, and threw away the peel, while the other threw away. the fruit and used the peel from the second half in baking a cake. All too often negotiators “leave money on the table”—they fail to reach agreement when they might have, or the agreement they do reach could have been better for each side. Too many negotiations end up with half an orange for each side instead of the whole fruit for one and the whole peel for the other. Why?
DIAGNOSIS
As valuable as it is to have many options, people involved in a negotiation rarely sense a need for them. In a dispute, people usually believe that they know the right answer—their view should prevail. In a contract negotiation they are equally likely to believe that their offer is reasonable and should be adopted, perhaps with some adjustment in the price. All available answers appear to lie along a straight line between their position and yours. Often the only creative thinking shown is to suggest splitting the difference.
inventing of an abundance of options: (1) premature judgment; (2) searching for the single answer; (3) the assumption of a fixed pie; and (4) thinking that “solving their problem is their problem.” In order to overcome these constraints, you need to understand them.
Premature judgment
Inventing options does not come naturally. Not inventing is the normal state of affairs, even when you are outside a stressful negotiation. If you were asked to name the one person in the world most deserving of the Nobel Peace Prize, any answer you might start to propose would immediately encounter your reservations and doubts. How could you be sure that that person was the most deserving? Your mind might well go blank, or you might throw out a few answers that would reflect conventional thinking: “Well, maybe the Pope, or the President.”
pounce on the drawbacks of any new idea. Judgment hinders imagination.
sense is likely to be sharper. Practical negotiation appears to call for practical thinking, not wild ideas.
On the other side. Suppose you are negotiating with your boss over your salary for the coming year. You have asked for a $4,000 raise; your boss has offered you $1,500, a figure that you have indicated is unsatisfactory. In a tense situation like this you are not likely to start inventing imaginative solutions. You may fear that if you suggest some bright half-baked idea like taking half the increase in a raise and half in additional benefits, you might look foolish. Your boss might say, “Be serious. You know better than that. It would upset company policy. I am surprised that you even suggested it.” If on the spur of the moment you invent a possible option of spreading out the raise over time, he may take it as an offer: “I’m prepared to start negotiating on that basis.” Since he may take whatever you say as a commitment, you will think twice before saying anything.
You may also fear that by inventing options you will disclose some piece of information that will jeopardize your bargaining position. If you should suggest, for example, that the company help finance the house you are about to buy, your boss may conclude that you intend to stay and that you will in the end accept any raise in salary he is prepared to offer.
Searching for the single answer
In most people’s minds, inventing simply is not part of the negotiating process. People see their job as narrowing the gap between positions, not broadening the options available. They tend to think, “We’re having a hard enough time agreeing as it is. The last thing we need is a bunch of different ideas.” Since the end product of negotiation is a single decision, they fear that freefloating discussion will only delay and confuse the process.
the second is premature closure. By looking from the outset for the single best answer, you are likely to short-circuit a wiser decision-making process in which you select from a large number of possible answers.