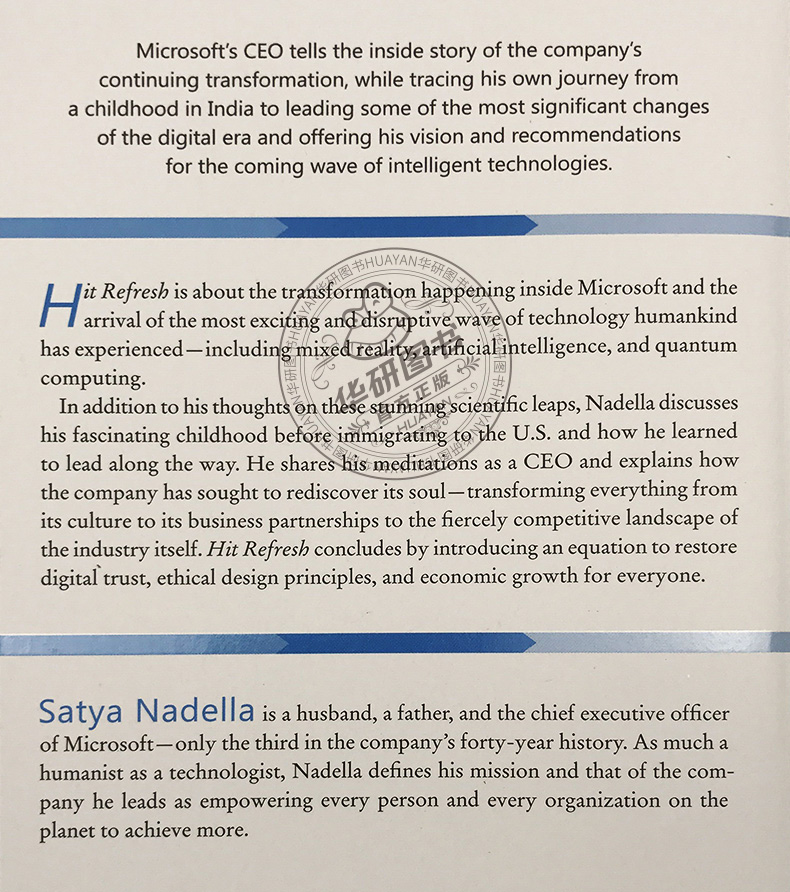 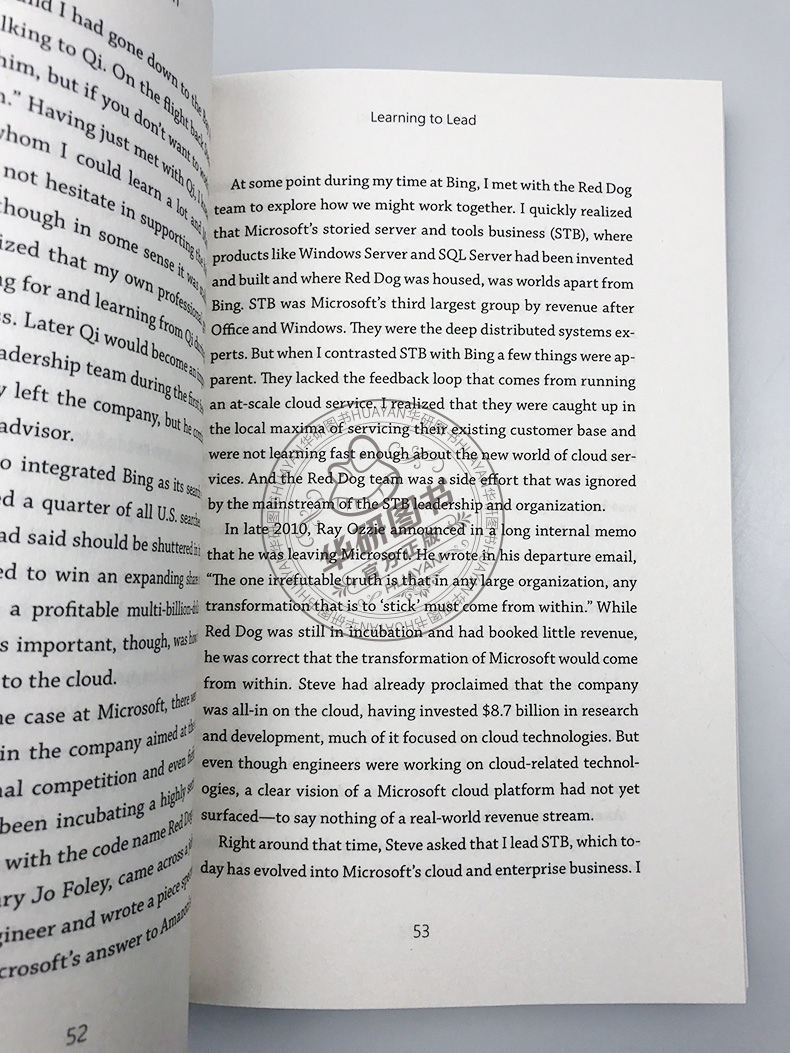 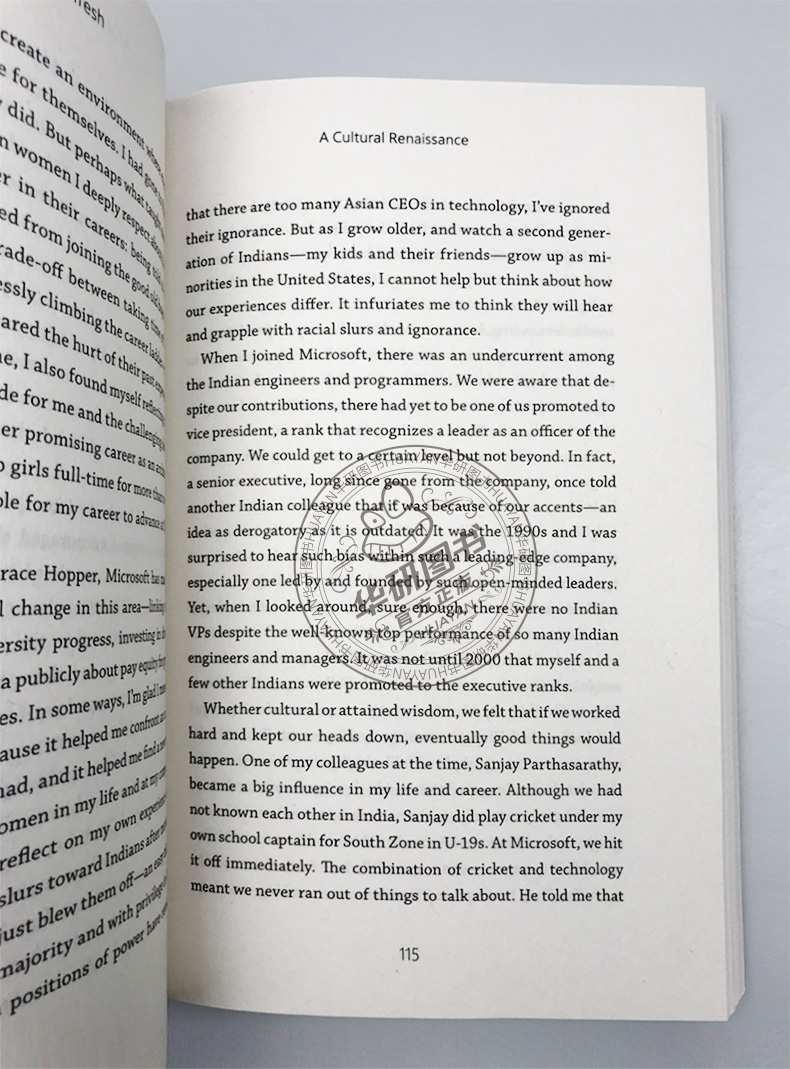 “At the core, Hit Refresh, is about us humans and the unique quality we call empathy, which will become ever more valuable in a world where the torrent of technology will disrupt the status quo like never before.” – Satya Nadella from Hit Refresh
“Satya has charted a course for making the most of the opportunities created by technology while also facing up to the hard questions.” – Bill Gates from the Foreword of Hit Refresh

The New York Times bestseller Hit Refresh is about individual change, about the transformation happening inside of Microsoft and the technology that will soon impact all of our lives--the arrival of the most exciting and disruptive wave of technology humankind has experienced: artificial intelligence, mixed reality, and quantum computing. It's about how people, organizations, and societies can and must transform and "hit refresh" in their persistent quest for new energy, new ideas, and continued relevance and renewal.
Microsoft's CEO tells the inside story of the company's continuing transformation, tracing his own personal journey from a childhood in India to leading some of the most significant technological changes in the digital era. Satya Nadella explores a fascinating childhood before immigrating to the U.S. and how he learned to lead along the way. He then shares his meditations as a sitting CEO--one who is mostly unknown following the brainy Bill Gates and energetic Steve Ballmer. He tells the inside story of how a company rediscovered its soul--transforming everything from culture to their fiercely competitive landscape and industry partnerships. As much a humanist as engineer and executive, Nadella concludes with his vision for the coming wave of technology and by exploring the potential impact to society and delivering call to action for world leaders.
"Ideas excite me," Nadella explains. "Empathy grounds and centers me." Hit Refresh is a set of reflections, meditations, and recommendations presented as algorithms from a principled, deliberative leader searching for improvement--for himself, for a storied company, and for society.

Review
“In this thoughtful debut, the Indian-born Nadella tells the story of his personal life and his work as a change-making leader, and he explains the coming importance of machine intelligence. The author emerges as a modest, likable individual from an accomplished family… A valuable blueprint for techies and others in a culture-change state of mind.” —Kirkus Review


Satya Nadellais Chief Executive Officer of Microsoft. Before being named CEO on February 4, 2014, Nadella held leadership roles in both enterprise and consumer businesses across the company.Originally from Hyderabad, India, Nadella now lives in Bellevue, Washington. He holds a bachelor’s degree in electrical engineering from Mangalore University, a master’s degree in computer science from the University of Wisconsin, Milwaukee and a master’s degree in business administration from the University of Chicago. Nadella is married and has three children. In his spare time, he loves to read poetry and follows cricket, a sport he played in school.

I joined Microsoft in 1992 because I wanted to work for a company filled with people who believed they were on a mission to change the world. That was twenty-five years ago, and I’ve never regretted it. Microsoft authored the PC Revolution, and our success—rivaled perhaps only by IBM in a previous generation—is legendary. But after years of outdistancing all of our competitors, something was changing—and not for the better. Innovation was being replaced by bureaucracy. Teamwork was being replaced by internal politics. We were falling behind.
In the midst of these troubled times, a cartoonist drew theMicrosoft organization chart as warring gangs, each pointing a gun at another. The humorist’s message was isible to ignore. As a twenty-four-year veteran of Microsoft, a consummate insider, the caricature really bothered me. But what upset me more was that our own people just accepted it. Sure, I had experienced some of that disharmony in my various roles. But I never saw it as insolvable. So when I was named Microsoft’s third CEO in February 2014, I told employees that renewing our company’s culture would be my highest priority. I told them I was committed to ruthlessly removing barriers to innovation so we could get back to what we all joined the company to do—to make a difference in the world. Microsoft has always been at its best when it connects personal passion to a broader purpose: Windows, Office, Xbox, Surface, our servers, and the Microsoft Cloud—all of these products have become digital platforms upon which individualsand organizations can build their own dreams. These were lofty achievements, and I knew that we were capable of still more, and that employees were hungry to do more. Those were the instincts and the values I wanted Microsoft’s culture to embrace.
Not long into my tenure as CEO, I decided to experiment with one of the most important meetings I lead. Each week my senior leadership team (SLT) meets to review, brainstorm, and wrestle with big opportunities and difficult decisions. The SLT is made up of some very talented people—engineers, researchers, managers, and marketers. It’s a diverse group of men and women from a variety of backgrounds who have come to Microsoft because they love technology and they believe their work can make a difference.